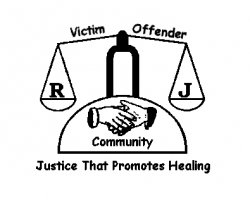 “Peace is not just about the absence of conflict; it’s also about the presence of justice.  …  A counterfeit peace exists when people are pacified or distracted or so beat up and tired of fighting that all seems calm. But true peace does not exist until there is justice, restoration, forgiveness. Peacemaking doesn’t mean passivity. It is the act of interrupting injustice without mirroring injustice, the act of disarming evil without destroying the evildoer, the act of finding a third way that is neither fight nor flight but the careful, arduous pursuit of reconciliation and justice. It is about a revolution of love that is big enough to set both the oppressed and the oppressors free.” Common Prayer: A Liturgy for Ordinary Radicals, Shane Claiborne, Jonathan Wilson-Hartgrove

My friend and fellow mediator, Regina Newson, sent me a link to an article on the Mediate.com website by Richard Custin, one all mediators might read and have an opinion about.  Our volunteer mediators, as well as the law students we train and mentor, struggle with the question raised here.

Is it enough to help people get a settlement?  What if the settlement seems to favor or advantage one party more than the other?

Does the concept of party self-determination erase our concern? By being concerned about the justice of the decision do mediators risk being advocates?  Are concerns about justice and fairness of outcome the purview of law and not mediation?

How do mediators ensure the quality of an agreement, something we are mandated to do by our ethics? How do mediators “balance the power” in the room?  Is it a question of party capacity and fairness of process rather than outcome?

What about the type of dispute resolution called restorative justice? Community mediation centers take these cases quite often.  There, the job of the mediators is to help the parties—-the “victim” and the “offender”, whether individuals or institutions—come to terms with what has happened and move forward along a healing path rather than one of retribution, revenge and further damage.  Mediators use process design and careful preparation, along with trust and honesty, to build bridges across a span which may seem like the Grand Canyon.  The law has briefly stepped aside at the victim’s request so that other possibilities might manifest.  Do those same concerns arise in civil and family mediation practice?  If you have thoughts about any of this, please email or post.  (Regina is the editor of the Tennessee Association of Professional Mediators and is always looking for thoughtful mediators to write articles!)